Education News An Education in Terror

Doctor Muhammad Farooq Khan, a renowned religious scholar and Vice Chancellor (VC) of the Swat Islamic University, was shot dead on October 2, 2010, by Tehreek-e-Taliban Pakistan (TTP) militants at his private clinic in the Defence Colony area of Mardan town in Khyber Pakhtunkhwa (KP, formerly Known as North West Frontier Province).
Claiming responsibility for the assassination, the spokesman of the Swat chapter of TTP, Umar Hassan Erabi, on October 3, declared, “Dr. Farooq was propagating against the TTP and had written anti-Taliban books.” Farooq was also running a rehabilitation centre for 175 rescued suicide bombers who had been trained by the TTP in the Swat District.
Earlier, on September 7, 2010, the VC of the Islamia College University in the KP provincial capital, Peshawar, and cousin of Awami National Party (ANP) chief Asfandyar Wali Khan, Doctor Ajmal Khan, was abducted by TTP militants along with his driver, from the Professors’ Colony area of the University campus, while on his way to office.
The TTP claimed responsibility for Doctor Ajmal Khan’s abduction. Umar Farooq, the spokesperson of the Abdullah Azzam Brigade, a TTP sub-group, later claimed responsibility for the incident. On October 14, the TTP released a video in which the VC appealed to the Government to accept the rebels’ demands to secure his release.

An unnamed intelligence official in Peshawar said the Professor was being held hostage in one of the lawless tribal areas, where authorities had no access. At the time of writing, Professor Khan remained in captivity.

On November 6, 2009, the VC of Kohat University of Science and Technology (KUST), Doctor Lutfullah Kakakhel, was abducted from Darra Adam Khel in KP. He was, however, released on June 22, 2010 after the Government, according to unconfirmed reports, released three militant ‘commanders’, including a close aide of Tariq Afridi.
Earlier, the Tariq Afridi group of TTP, Darra Adamkhel chapter, claiming responsibility for the abduction, had demanded the release of 60 militants then in the custody of the Armed Forces. After some time, the TTP, alleging that 27 of the militants had been killed in custody and their dead bodies thrown in a graveyard in Darra Adamkhel, demanded PKR 50 million and the release of four top ‘commanders’ to free the VC.

These incidents are only indicative of a wider TTP campaign to destroy institutions that propagate any ideas opposed to their own across KP and the Federally Administered Tribal Areas (FATA), with the intimidation extended, not only to institutions of higher education, but to all schools as well. The apparent justification advanced is that these institutions are being targeted to counter the Army’s operations against the militants.
Maulvi Omar, spokesman of the TTP, Bajaur chapter, on February 19, 2009, thus warned, “We would take action and destroy all the buildings of educational institutions if Security Forces continued their operation against our fighters.” In reality, however, the targeting of educational institutions touches the very core of the TTP’s drive for radicalization across areas of their disruptive dominance.
Unsurprisingly, TTP militants have targeted schools across KP and FATA. An October 6 Dawn report quoted official sources as saying that 700 schools, most of them for girls, were targeted and damaged in different parts of KP over the past two years.
Militants destroyed some 400 schools in the Swat Valley alone. In the latest of a series of such attacks, unidentified militants blew up a girls’ primary school at Mashokhel and a boys’ primary school at Shaikhan villages of Peshawar in the night of October 8, 2010.
Media reports also indicate that at least 240 schools were destroyed during this period in the three agencies of FATA – Bajaur Agency (98), Khyber Agency (86) and Mohmand Agency (56). In a single series of such incidents, on October 9, 2010, unidentified militants blew up three Government-run schools in the Safi tehsil of Mohmand Agency (FATA).
Partial data compiled by the South Asia Terrorism Portal (SATP) documents at least 52 schools – 25 for Girls and 17 for boys – destroyed in 33 incidents in 2009; and 28 – 13 for girls and 15 for boys – in 22 such incidents in 2010. Similarly, in FATA, a total of 28 schools – 14 each for girls and boys – were destroyed in 25 incidents in 2009; and 44 – 31 for boys and 13 for girls – in 44 such incidents in 2010.
During these attacks, TTP militants have also killed school children and teachers. In one such incident on September 2, 2010, a female teacher was killed and two of her colleagues were wounded, when masked militants opened fire in the Bajaur Agency of FATA. On April 19, 2010, a bomb explosion outside a school run by a Police welfare foundation in Peshawar killed a boy and injured eight others.
Earlier, on April 27, 2009, 12 children were killed when a bomb hidden in a football, left near the compound wall of a girls’ school in Dir District (KP), exploded. On April 6, 2009, two female teachers, an education aid worker and their driver, were shot dead in Mansehra District (KP).
Such is the fear that at least 205 primary schools for girls have shut down in different parts of KP, sources in the Elementary and Secondary Education (E&SE) department told Dawn: “Most of the closed schools are in the militancy-hit Districts, Frontier Regions (FR) and the areas located adjacent to the tribal belt.” The schools that have been closed down include 21 in Peshawar, 36 in Thor Ghar, 54 in Swat, 16 in Bannu, 56 in Shangla, 16 in Hangu, five in Dera Ismail Khan and one in Kohat. The closure of these schools has deprived thousands of girl students of education.
The militants have openly declared themselves to be against the education of girls. In a campaign led by Maulana Fazlullah, the Swat TTP chief, the TTP exhorted people to stop sending their daughters to schools, which “inculcate Western values”. Hundreds of girls and women teachers quit schools as a result. The TTP Swat chapter, on December 25, 2008, ordered the closure of all girls’ schools in the District and warned parents and teachers of dire consequences if the ban was flouted.
In an announcement made in mosques and broadcast over their illegal radio FM channels (popularly known as “Radio Mullah”) the militants set a deadline of January 15, 2009, for its order to be obeyed, failing which they would blow up school buildings and attack schoolgirls. “Female education is against Islamic teachings and spreads vulgarity in society,” Shah Dauran, second in command of TTP’s Swat Chapter, declared.

Unsurprisingly, some 400 private schools in Swat announced the termination of girls’ education in their institutions, depriving more than 40,000 students of this basic right. Moreover, 84,248 girl students of State-run schools also faced difficulty in attending schools due to the fear of attack, despite attempts by the local administration to keep the system running.
Meanwhile, reports indicate that the Swat District, where the militants had complete control some time ago, and where they are again re-grouping, has 842 boys’ and 490 girls’ State schools for 300,000 children aged 3 to 9. Only 163,645 boys and 67,606 girls are actually enrolled at State and private establishments in the District, according to official figures.
The February 2010 United Nations High Commissioner for Refugees (UNHCR) report said that, three years ago, more than 120,000 girls attended schools and colleges in the region, which has a population of 1.8 million. Now only about 40,000 are enrolled.
According to an official in the Swat education department, who asked not to be named to avoid becoming a target for militants, “More than 30 percent [of the] girls dropped out of educational institutions in 2006 and 2007 due to speeches of [militant leader] Mullah Fazlullah on his FM radio, against girls’ education… Half of the remaining girls dropped out or could not attend their studies due to attacks on their schools and colleges. Most of these schools are totally destroyed. Only 15 or 16 among them were partially damaged and could be repaired.”

The destruction of education system also serves the extremists’ objective of widening the recruitment pool for their jihad. The Times in a July 27, 2009, report, stated that Pakistan’s Army believes that up to 1,500 boys as young as 11 years old were abducted from schools and madrassas (seminaries) and trained in Swat by the TTP to become suicide bombers.

Many were also used to carry out attacks on United States and NATO forces in neighbouring Afghanistan. Of two rescued recruits interviewed by The Times, one Murad Ali, aged 13, said he was studying in class five when he was abducted; the other, Abdul Wahab, aged 15, said he had been lured from classes in a madrassa. Both were taken from Mingora in Swat Valley, to a mountain base in Chuprial, where they underwent 16 hours a day of physical exercise and psychological indoctrination. They were rescued when Army operations forced the Taliban to abandon their camps.
A Reuters report in July 28, 2009, indicated that 12 boys had been rescued from suicide training camps in KP. Another report by Press TV the same month claimed that as many as 200 boys aged 6 to 13 had been rescued. US and Pakistani officials said children as young as 7 were being sold by the TTP to other militants and armed groups, for use as suicide bombers. The rate quoted was USD 7,000 to USD 14,000.
Worse, Pakistan’s poor public education system helps stoke militancy, while the religious schools often cited as a cause of extremism appear to present a limited risk factor, according to a report by the Brookings Institution, a Washington think tank. “The way the education system is set up is contributing to support militancy,” states Rebecca Winthrop of the Centre for Universal Education at Brookings. Education statistics in Pakistan are “sobering” – just 54 per cent of the population is able to read and 6.8 million children between the ages of 5 and 9 are not in school.
Less than a quarter of girl’s complete elementary school and only one-third of Pakistani children get a secondary education, with many dropping out. Corinne Graff, the conflict specialist at Brookings Institution, notes, “The data shows that lack of access to schooling is a risk factor for conflict or militancy. We know that Pakistan has extremely limited access (to education).”
Conspicuously, the education system which is under militant fire needs to be strengthened. Rajiv Shah, who heads the U.S. Agency for International Development (USAID) observes, “… Improvements in education are critical to reducing violence.” USAID’s total education budget in Pakistan for fiscal year 2010 is USD 335 million – with USD 265 million for basic education and the remainder for higher education. USAID is helping to rebuild damaged schools in the conflict-affected areas of FATA and KP. Since 2002, USAID has invested USD 682 million for education projects in Pakistan.
The US has also promised to put more money into improving education in Pakistan and has made it a focus of the US 1.5 billion in non-military aid allocated annually by Congress for Pakistan over the next five years. Unfortunately, reports suggest that a substantial proportion of these funds are diverted by corrupt officials, or are wasted in the prevailing anarchy of these regions. In any event, it will always take much longer to build or rebuild a school, than it takes to blow it up.
(The writer is Research Assistant, Institute for Conflict Management)
(The view expressed in the article is of the author and not India Blooms News Service) 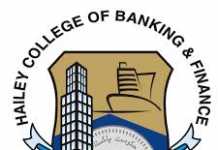 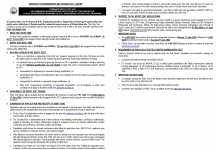 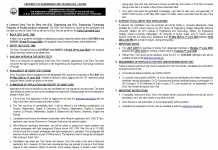