What is the ISSB Test Selection System, Criteria in Pakistan as most of our candidates are not well aware of this procedure so they take the ISSb exams as a common or similar exams as they have done before the selection. But reality is something else this test is entirely different from the previous all test you appeared. ISSB stands for the Inter Services Selection Board of Pakistan and the purpose of this board is to select the perfect men for the services in the Pakistan Armed forces that may be Army, Navy or Air Force. In the ISSb test Selection System candidates have to appear in the different kinds of Written test as well as the activities and mentally stressed test and then if the candidates stay still he will be selected.

ISSB Test just focus on the capabilities and abilities of the candidates that whether this person is eligible to go and get the Pak Armed forces training. So in each candidates its physical, mental, Social and Dynamic qualities are analyzed in five days in the ISSb centers by the professional trained expert officers. In the five days test the candidates who clear the test will move forward and the candidates who failed in any day during these five will have to stop his journey on that day and then they fail students come back to their home. Those candidates who will be selected will inducted in the PAK armed force in various courses as their their over schedule explained before the opening of the post. The three test which will be taken in the ISSb centers are Psychological test, GTO Test and then interview session. To check the mentality of the candidates there will be a Psychologist officers, Group Testing Officers and Deputy Presidents are present there. All these officers are expert in their respective fields so they choose according to the merit basis. 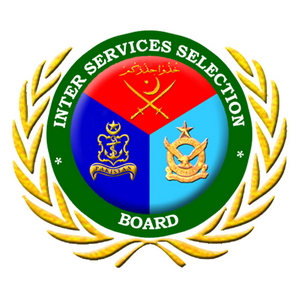 Reception: First of all the first day starts when all candidates reaches to the their defined ISSB center

Checking of Documents: After the arrival all the candidates have to show their documents to the officials and there they confirm the originality of your all documents

Allotment of ID / Chest numbers: After the confirmation of your documents a chest number will be allotted to every one candidates. This chest number acts like ID for each candidate

Photographs: Then with the number on their chest all the candidates will give their photographs which is taken by the management staff in the ISSB Center

Administration Staff’s address: After all this an address will be made from the administrative staffs that will explain the future plan of the next 4 days. in this address the queries of the candidates will also be clear.

Opening Address: On the starting on the first day opening address by a Deputy President of the ISSB center will be made to the candidates expressing the motive of the ISSB and other issues regarding their presence in the center..

Intelligence Tests: In the intelligence test candidates will face two kinds of test that is verbal and non verbal

Remaining Psychological Tests: Those candidates who fail in the previous test will not appear in this test as they leave the ISSB center after the announcement of the result in the remaining psychological test there are mechanical Aptitude test and personality test takes place on the first day and then the first day of the ISSB ends.

Indoor Tasks: There are some indoor task candidates have to face like an image will be shown to you for some seconds and then questions will be asked to you about these images

Group Discussion: A topic will be allotted to a single group and a group is consist of 10 candidates and there they have to make a discussion on that topic with each other

Group Planning: A problem will be given to each of the group and then this group have to prepare a plan to solve this problem

Outdoor Tasks: Some outdoor tasks will be given to the candidates in which the officers just focus to check the sportsmen spirit, Team working and the leadership qualities

Progressive Group Task (PGT): In this kind of task candidates physical qualities will be checked as they have to go through some obstacles with a little bit weight.

Individual Obstacles: Simple obstacles which a candidate is required to tackle will be given to the candidates to check the leadership qualities.

Command Task: Each candidates will be posted to a commanding stage and he have to order other in a sense that the given problem will be solved easily in sort time of spam.

Interviews (leftovers): All those candidates who declared to be fail in the above test will have to walk away towards their home by left ISSB center on that day.

Final Interview: All those candidates who have cleared the above all 4 days test in the ISSB center will have to face a final test that is a panel interview. There a panel of the officers are sitting in front of the table and candidates will face them one by one. In the interview the panel focus on the confidence level of the candidates

Preparation of all the results: Once all the interview has been made the prepartion of all result is being prepared by the official

Dispersal of candidates: After the result the candidates will be explained that who are selected for the Pak Armed forces and who those are not able to get passed in the interview will move towards their home without anything

sir I want to join army and willing to participate in ISSB will you go to inform me at what date form will be issued ? my inter percentage is 87.79

salam, plz send me information for test of pakistan navy,thnks

Aslam o alaikum dear sir I want to take issb test in airforce. I m in d.com part 2 how can I join it. Reply me soon thanks to you.

Sir,
can girls apply for PMA long course 133, who have passed intermediate with 60%. I will be waiting for your reply.

sir aoa,my son has given papers of O’level 2 this year.he wants to apply in Pakistan Navy.How to apply?can the candidates who are in grade 7 apply for it as well?

i want to join pak army and i hav not so muh idea how i can join plz gave me any guidane ….

Respected members..
I want to join army or Air force,want to apply.please guide me through this..I am just done with my bachelors degree in Behavioral Sciences..looking forward..Shabeena Mir

sir, i want to learn the english language just like my own native language,so for this what should i do.plz tell me ,i need it.thanks.
salman zeb from peshawar, pakistan.
cell# 0313 9554594