Do you Really Know that How to Activate 3G Internet Service in Pakistan in Samsung, Qmobile, Nokia and Android System if you are using any network of Pakistan including Ufone, Mobilink (Jazz), Warid and Zong then it is good because in just few days you are going to experience a new world of 3G internet on your mobiles then you area able to watch live TV Shows, Can use Internet with more speed and can also go for Video Live calling but for all this first of all you have to activate 3G internet on your mobile. This is the latest technology called 3rd Generation technology and just reached to Pakistan and the bidding takes place in the month of April and four networks of Pakistan won 3G contract and only one network won 4G. The companies that won 3G are Ufone, Jazz, Telenor and Zong but the Zong is the only and first network of Pakistan that also holds 4G too.

Activating process of 3G Internet services in Pakistan on your mobile phone is not a tough task as it just required 2 minutes to activate it which is nothing but the thing is you know the exact and proper way to activate it. First of all do check that the Mobile phone that you hold is able to have 3G network or not because every mobile phone is not supported to 3g network so if you hold any mobile phone of the companies Samsung, Qmobile, Nokia, Apple Iphone and Android System then first check whether it is supported to 3G or not. If you set is Supported to 3G then you are lucky because you do not have to buy a new cell phone for this services now what you simply have to do is go the setting and follow the process which is listed below for each cell phone here on this page, Have a look.

How to Activate 3G Internet Service in Pakistan 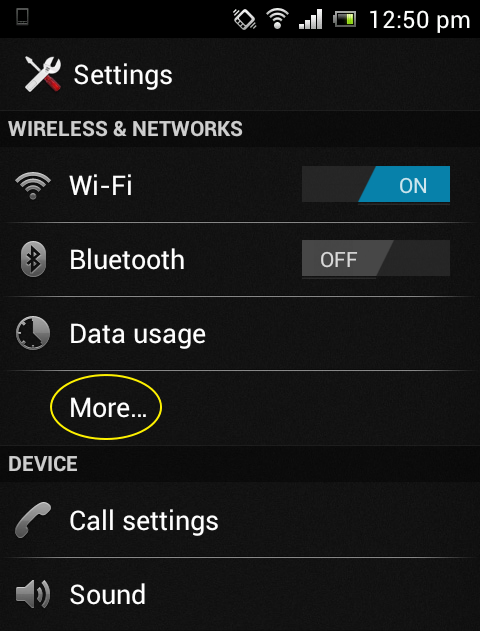 Activate 3G in Other Androids:

You just have to complete this setting and whenever the 3G network is available to this area you cell phone connects you with the 3G internet so there is no need to go for the other activation as we have provided you complete guidance about the How to Enable 3G Internet Service in Pakistan.