Women Development Department Govt Sindh Karachi Jobs 2012 is announced and applicants can submit their applications for vacant posts before 15th November, 2012. This department was established in year 1979 and was upgraded in year 1995. From the first day of Women Development Department inception its objective is the maintain Women’s issue and make sure that the women get equal rights in province Sindh as women are about 50% of the total population of Pakistan. This department is still working to eliminate the gender differences which is in the mind of the people of Pakistan.

Publications of the women Development departments are memories of Fatima Jinnah, Agreement to eliminate discrimination against women, Women in education in Pakistan, Year book 2003-4, Qaumi Mansooba-e-Amal. Here down are the Women Development Department Govt Sindh Karachi Jobs details have a look down there. Applications are invited from qualified and experienced persons preferably females, domiciled in Sindh for the following posts on contract basis ans SNE for the government of Sindh annual Development program projects “Implementaions of Gender Reform Action Plan” (GRAP) Sindh. 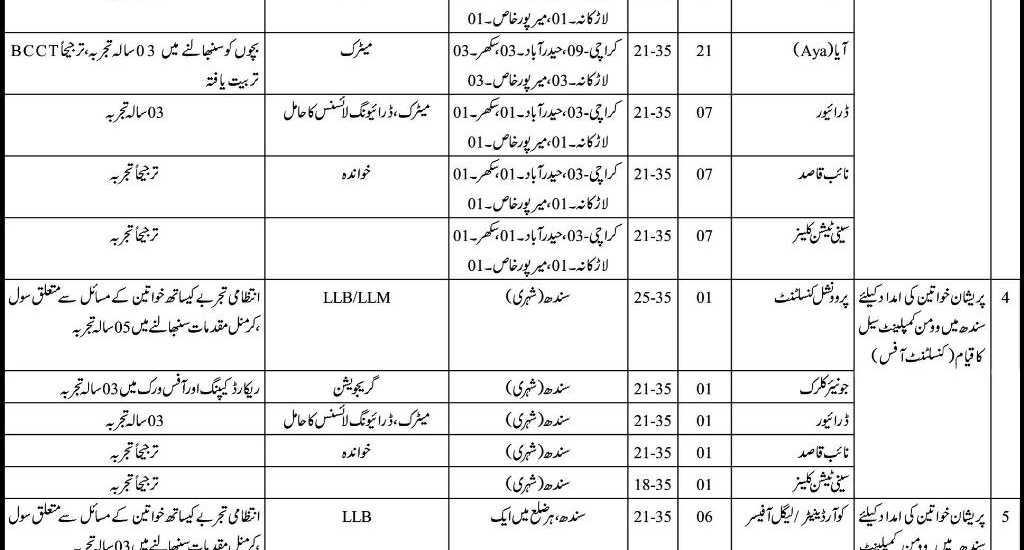 Click on the image above to image to see in bigger size.