After issuing the result on various posts they have announced the interview schedule and those candidates who have appeared in the test and cleared the written test now can check the interview schedule and then appear on time. Moreover, PPSC has built centers in different cities of Punjab where they conduct the test and take the interview. Same as it they have issued the result of the ASSISTANT, LECTURER CHEMISTRY – Male, FEMALE, MEDICAL, and some other posts. So the complete schedule of the interview with Time, Date, and venue is going to be mentioned below. In addition, all the candidates will follow the PPSC Interview Schedule 2022 and then appear on time. Further, the timetable of an interview is written below.

Punjab Public service commission has announced interviews for different schedules for different posts as well all candidates who have been given exams now check the schedule and start the preparation of the interview. 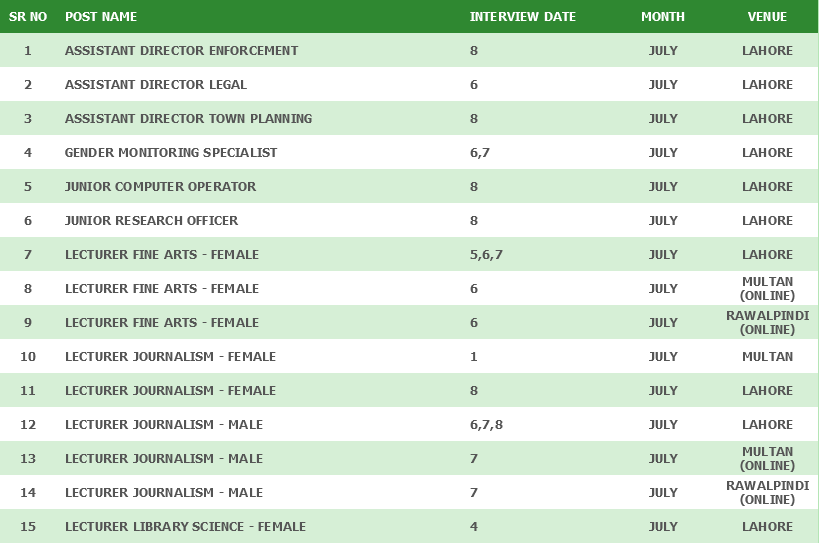 Before appearing in the interview take the PPSC interview letter because when you will enter the interview room then firstly management checks the letter and then allow appear in front of an interview panel. Just open the official page of PPSC then click on the admission letter.

PPSC Interview Schedule 2022 Punjab Public Service Commission is available and people can take from this page as well when they will announce the new interview planner then we will update this page.

Where is the PPSC interview held?