BISE Gujranwala Board Inter 12th Class (2nd Year) Top Positions Holders 2019 names has been announced by the chairmen of the Board of Intermediate and Secondary Education. As it is announced earlier that the BISE Gujranwala Inter Part 2 Result 2019 will going to be announce on september 2019 that is tomorrow but the name of the top position holders will be announced one day before the annual result because in honor of these Gujranwala Board Inter 12th Class Top Position Holders 2019 their will be a prize distribution ceremony so the purpose of declaration of the name one day before is just that so that these children could be there to take award from the Board officials and Government of Punjab. Every year thousands of students appear in the annual examination taken in the month of May and June every year under the complete supervision of the official to make sure the transparent way of examination in the districts that are under that board well this is the wish of almost every students that he or she will get really good marks in the Annual examination so that their parents and teachers are proud of them but unfortunately every one could not get so good marks so the top three positions were captured by the really hard working students who continue to study for the whole year no matters it is a day or night. 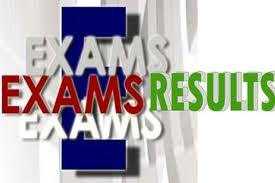 So students if you have appear in the annual examination of the inter part 2 this year under the Gujranwala board as there are total 9 educational board that are working for the betterment of educational system in Pakistan so you should have to stay in touch with this page as this page will be updated with the announcement of the board official about the Gujranwala Board Inter 12th Class Top Position Holders 2019 so if you are in touch then you will be the first person to know that ho topped this year.

First or second week September 2019 it is not only the Gujranwala Board that will announce result but all Punjab Board Inter Part 2 Result will be announced by the official tomorrow. If we look into the last year top position holders of Gujranwala Board then it is Saba Khalid that got first position among all the students with 1034 marks out of 1050 total marks. 2nd position is captured by a boy named Muhammad Bilal Younis who got 1026 marks and the third position is again for the girls that is Zainab Farooq with 1022 marks so last year in 2019 there are two girls and only one boy who topped in Gujranwala Board so now lets see that this year what happen as the Girls will again get top positions from boys and that year some changes in position holders name is going to be seen so stay in touch to see Gujranwala Board Inter 12th Class Top Position Holders 2019.