Maple Leaf Cement Factory Ltd has declared Jobs for Lahore Plant as a Deputy General Manager Finance and Executive Finance so if you are eligible, competent and have the skills then apply before the 1st march, 2013 as the late CV will not be taken under consideration so apply as soon as possible. But before going to the post details let me tell you something about the history of the Maple Leaf cement Factory LTD. When it is a time of privatization in year 1992 the capacity of this Organization to produce cement is 1000 tones per day but with the second plant fitted in 19998 the production were 67000 in 2006. Maple Leaf is the largest cement factory of the Pakistan which was setup in 1956 as the result of join collaboration between the West Pakistan Industrial Development Corporation and the Government of Canada and situated in Mianwali in northern Pakistan the area of rich Raw Material which is being used in the Cement then this company came under the Maple Leaf Group in 1992 at the time of privatization.

Maple Leaf Cement Factory is equal opportunity employer. This job provides an excellent opportunity for learning and growth in a highly professional working environment along with a competitive salary package and fringe benefits. Interested candidates should send in their CVs along with a recent passport size photograph, Latest by 1st March, 213 at the address given in the advertisement or at the following postal address, mentioning the post applied for in the subject letter 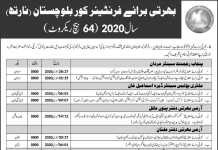 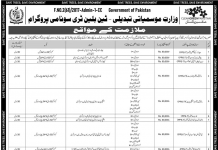 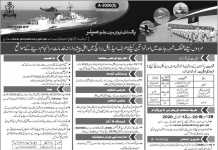