BISE Sukkur Board Matric Result 2017 10th Class or SSC part 2 is going to be declared soon as the officials of the board has not yet declare any confirmed date so students you have to stay in touch with this page in order to get your accurate and error free result on right time. Chairmen of the Board of Intermediate and Secondary Education Sukkur Syed. Ghulam Mujtaba Shah said during a press conference that in am not is a state to declare the final date for the announcement of the 10th Class result 2017 but one thing that i am sure is that the result will be available on the last week of the June or the First week of July. This statement is still a question not an answer so when is the result is going to be declared this thing will only know by staying in touch with this page. There are two ways to find the Sukkur Board Matric Result and that are by Gazette and second is by mean of Technology internet. gazette is a hectic job as you have to stand in a ques and when your turn comes only then you are able to get your result but on the other hand second way is more perfect and easy for you as you have to just sit in front of the computer log on to the ilm.com.pk result page and enter your rill number to get your result. 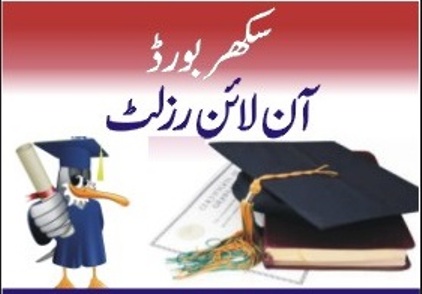 Sukkur Board matric class result will be available here soon..

The board of Intermediate and Secondary Education Sukkur came into being on 8th December, 1979 by the order of the Government of Sindh. In the initial days of the board it has no location or land so the offices are open in the A.B.D law college sukkur but then after 6 years of its establishment Sukkur Board got its own land in year 1985. First ever examination of the board of the matric and intermediate class is taken in the year 1980 from its all jurisdiction. jurisdictions are the districts that comes under the supervision of the BISE Sukkur and that are District Sukkur, Ghotki, Khairpur, Naushahro Feroze, Taluka Daulatpur and Nawabshah. so the total responsibility of maintaining and conducting the matric and intermediate examinations from these district are on the shoulders of the BISE Sukkur. Now as the June is going to be end students are going to be more conscious as the matric class result 2017 is going to be declared in the month of June so students can’t pass their days while waiting for the date of the announcement of the BISE Sukkur Board Matric Result 2017 10th Class.

So students if you have appear in the annual examinations of the matric class held under the supervision of the Sukkur Board in the Month of April  and now waiting for the result then you can get BISE Sukkur Board Matric Result 2017 10th Class from this page in easy ways so you just need to enter you roll number in the block which will be visible on the day of announcement of result. So keep visiting this page frequently