Good news for all those youngsters who want to Join Pak Army As Soldier 2022 Online Registration is available here. Pak army is looking for energetic, eligible, and self-motivated youngsters who have a dream to be a soldier in the Pak Army. If you think that you have such abilities with zeal to serve our nation with the best devotions then this is the time to stand up. Here you will get complete eligibility criteria, selection procedure, Army selection test, and other terms and conditions. So if your dream is to Join Pak Army As a Soldier then you must read this entire post carefully and respond against the guidance within the due date and time.

Pak army opens recruitment for hiring soldiers in the month of October to November every year and restricts eligibility criteria which each and every candidate has to meet and qualify. Pak Army has a motto that is “Men At Their Best” so if you want to choose the best field for your career then you must become a soldier in the Pak army. Pak Army is known as one of the best-armed forces of the world due to its perfection and management. 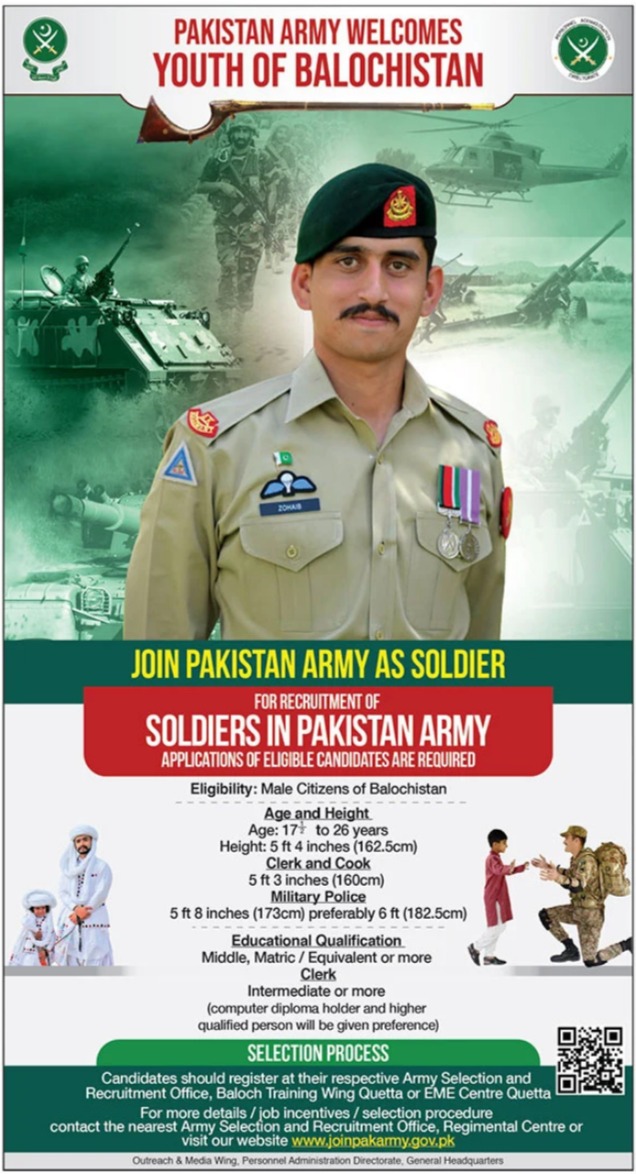 Every year Pakistan army announced a job for the desigination of Solider. But in this, they have not announced while according to some sources they will announce jobs for soldiers as soon. All the candidates who are interested they will wait for few days more and start the preparation.

As the Pak army offer recruitment for hiring soldiers will be advertised and that advertisement with online registration will be uploaded here. So stay connected and frequently visit this page in order to Soldier Jobs in Pak Army 2022 Online Registration Advertisement.

How can I join Pak Army as a soldier?

ANS: For the facilitation of the people all information about how to join Pak army as a solider. So, all the candidates must read above the info and then apply.

What is the age limit for Pak Army soldiers?

ANS: 20 to 28-year people can join the Pak army as a slider as well if they announce the age relaxation then we will update the people who are seeking.

ANS: Click Here Open this link and then read the complete info about how can I join Pak Army After matric 2022. While after reading candidates can easily apply.
Subscribe
6 Comments
Inline Feedbacks
View all comments
Ahsan niaz

I really want to join pakarmy

Sir I am Join Pak Army

Assalam Alaikum,
Sir, I want to join Pak Army but the problem is that nowadays I am in Dubai, I am passed intermediate.

Sir i am join pak Army