Join Pak Army as Captain, Major Doctor through SSRC Commission 2022. If you are also searching to join Pakistan Army as a doctor through Short service Regular Commission then you are here on the right page to get Registration Online, Last Date for Apply, How to apply, and important documentation. Well besides these important features there are important eligibility criteria restricted by the officials (www.joinpakarmy.gov.pk) for hiring suitable individuals with MBBS qualifications. So if you also want to be a part of the Pakistan Army then you should have to make sure that if you are eligible for this job opportunity or not. The Eligibility Criteria and ineligibility criteria are clearly mentioned in the advertisement of the Pak army through SSC for captain and major doctors. You are suggested to read out this advertisement/notification with full attention and response against the instructions written here. Pakistan Army is an Armed Force of Pakistan that is responsible for holding the Armed Activities in Pakistan. In Pakistan, the Army starts functioning with the independence of Pakistan on 14th August 1947 as Pakistan Army. It holds all the activities with its almost 642000 active employees.  This time the Pakistan Army jobs 2022 are vacant for hiring captain/major. There is just an eligibility criterion and applying procedure that you have to follow within due date and time.

Well candidates you are hereby informed that only those candidates can join Pakistan Army who meets the eligibility criteria according to the Pak Army Officials. The Eligibility Criteria for Join Pak Army As Captain, Major Through SSRC Commission 2022 Registration is given here bellows this page and written widely in the advertisement dispatched by the officials. We recommend you to read out the following entire advertisement carefully and respond against all the guidance before the last date for Registration Online. 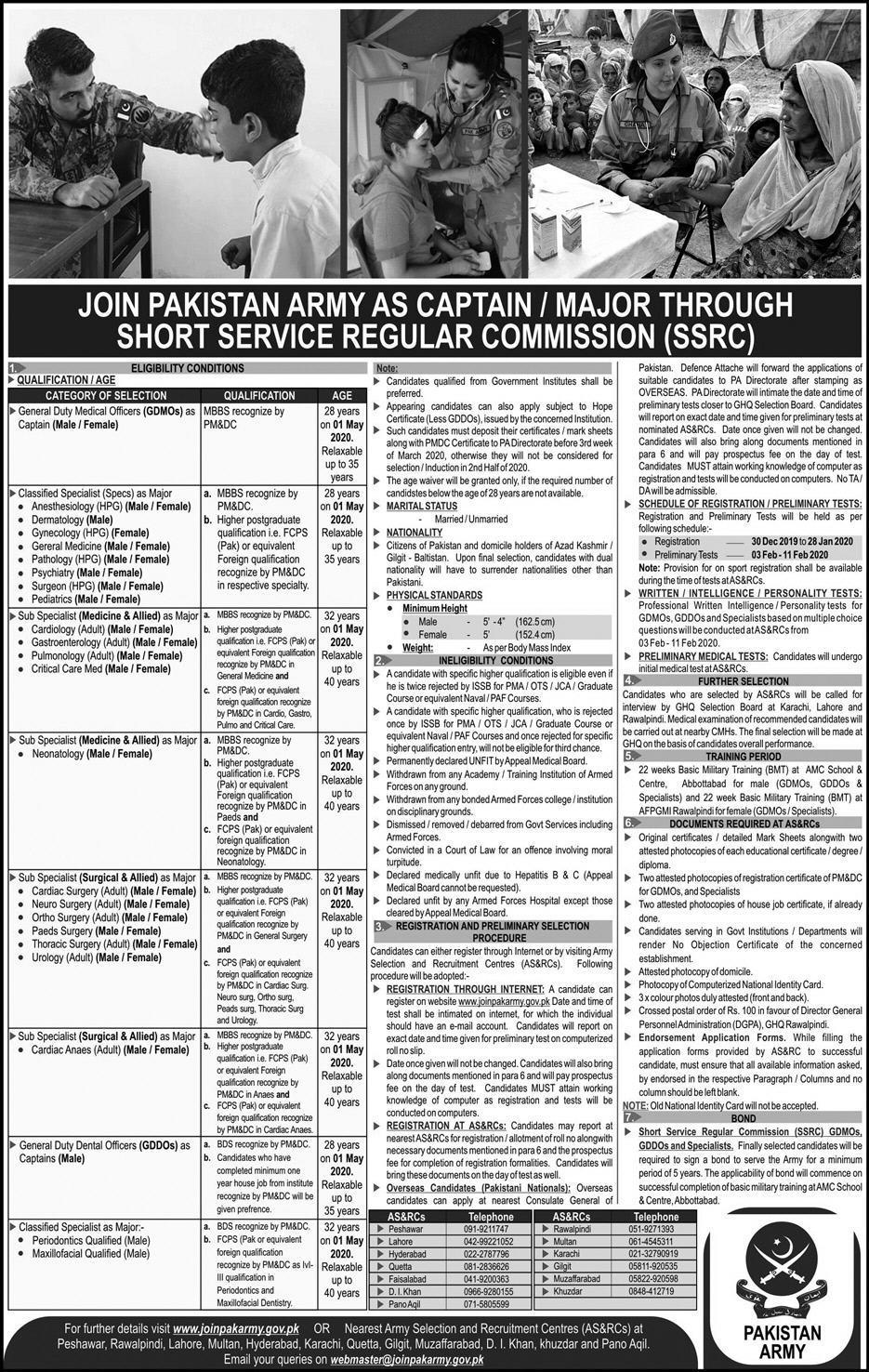 So, all about Join Pak Army As Captain, Major Through SSRC Commission 2022 Registration Online, eligibility criteria and date schedule is given here above this page. It is to be suggested and advised that your application form either online or manual should be reached before the last date; it is because if any application that is received after passing the last date will not be entertained in any case. Moreover, you can leave your comment in the following comment box to get any further queries about join the Pakistan army as doctor captain, major through short service commission SSRC.