Many of the students are passionate to know How to Join Pakistan Army as Second Lieutenant with their extreme patriotism. Let’s first understand what a second lieutenant is? A Second Lieutenant is the entry-level commissioned officer rank in the Pakistani Army. A Second Lieutenant is usually positioned in command of a squad comprising of 20 to 45 soldiers, including two or more rifle squads lead by a senior non-commissioned officer. Pakistan Army offers various natures of job opportunities to the youth of Pakistan every year. Intermediate and graduate students are registered in the Pakistan army as officers through different training programs. They are ranked as second lieutenant or captain after successful completion of the respective course in Pakistan Military Academy. Management advertisements for Jobs related to Pakistan Army are published in countrywide newspapers. One has to have detailed information about the courses or commissions. These details can be found on the official website of PMA. To join Pakistan Army as a second lieutenant, one needs to fulfill eligibility criteria and then can proceed for the recruitment and selection process. Following is the procedure to join the Pakistan Army. 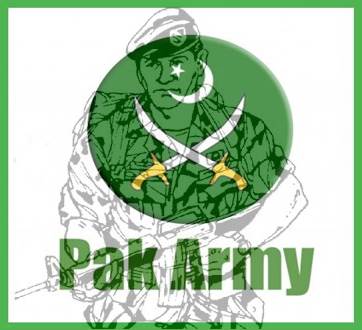 Unmarried (Married serving personnel of the Armed Forces over 20 years of age are eligible).

iii. Weight – As per the Body Mass Index.

1-  “Not Recommended” twice by ISSB/GHQ Selection & Review Board.

3- An individual dismissed/removed from any other Government Service.

4-  Convicted by a Court of Law for an offense involving moral turpitude.

Candidates can either register themselves online or by visiting Army Selection and Recruitment Centres (AS&RCs).

A candidate can register on the website www.joinpakarmy.gov.pk. Date and time of test shall be intimated on the internet for which the individual should have an e-mail account. The candidates may also report at the nearest Army Selection and Recruitment Centres (AS&RCs) for registration/allotment of roll no along with necessary documents mentioned in the preceding paragraph.

The candidates must qualify the following physical standards at the time of preliminary selection:-

Successful candidates will be interviewed at AS&RC and shortlisted for ISSB test.

Successful candidates will receive a letter for ISSB tests through the website as well as call up letter.

So, if you want to join Pak Army, then the procedure and eligibility are given above. All the students are allowed to apply for it. The Pakistan Army is one of the biggest and well-known armies of the world. It is a dream of every student to be an army officer. So, check all the latest dates and forms from the official website of the Pakistan Army. If you have any questions, then visit the comment section and leave a comment.

Sir I am joining second leutinent marks in intr mediate 60 ./. What last date for apply
I am studying in Multan University

Sir i wish to become a second lieutinat

Sir I am studying in I Com. Is I can apply for Second Lieutenant after Intermediate?

Sir I get 63% marks in Fsc engineering and now I am join Pak army as 2nd lieutenant .

Dear sir, please send me a sample peper of ISSB for pak army second leutienent thanks