A Level In Pakistan Cambridge A-Levels and AS levels are being designed internationally as the qualifications which provides tremendous preparations for unleash in the university education. They are the constituent of the Cambridge Advanced Stage. A-Levels is being highly appreciated all over the globe that’s why it is being conducted in almost 125 countries offering wide range of subjects and variety as per the requirement and the interest of the candidate.

The eligibility criteria which are being constructed for the specific A-Levels program is that the students must have successfully passed their matriculation which is being based on the national education system of Pakistan and the other alternative could be by passing the O-Levels examination under the Cambridge and British board.

A Level In Pakistan

A-Levels is considered to be more precise and specialized study so that’s why the minimum courses which a candidate can opt is 3 in Pakistan and even World over, while the maximum courses are not defined because it is up to the caliber and the willingness of any respective candidate who can adopt as many courses as he or she wished or intends.

the curriculum which is being designed for the A-Levels program is intended to focus more critically on the knowledge attainment. That’s why there’s no restriction on the optimization of courses as a student or candidate can opt as many courses as he or she wishes. The candidate either opts for going in to a broader diameter of learning or with the same time he or she can go for specialized learning targeting any single field.

a level in Pakistan is equivalent to HSC that makes collectively makes the 1100 marks. Three subjects of O level considered in this A level approach as well. Three O level marks combine makes the 800 and chemistry has 100 marks physics has 100 marks and Mathematics has 100 marks. It maintain the idea about the eight subjects including Chemistry English, Islamiat, Mathematics, Pakistan studies, Physics, Urdu, Biology or computer science. Here is the option either to select computer science or biology. The A plus grade and other grading shows the same as per the percentage situation like  A plus means 90 percent , A grade means 85 percent, B grade reflect 75 percent, C grade reflect 65 percent, D grade means 55 percent, E grade means 45 percent and U grade means 0 percent.

A Level Subjects In Pakistan

Subjects matter a lot but the situation of A level same as HSSC.  Higher second school certificate HSSC means through the eight subjects of O level consider in A level as well. More subjects collectively consider in the symmetry. For example, Chemistry, Physics, Mathematics each has 100 marks makes the association with the O level marks. Further, it can creates association to show the relative approach for the success ratio of chemistry, physics and mathematics. 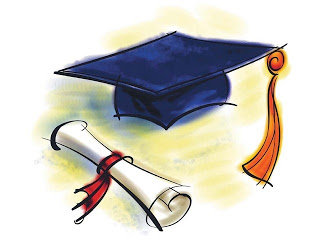 The major subjects that consider further in both A and o Level including that also have importance in A Level In Pakistan. These are compulsory A Level Subjects In Pakistan

a level scholarships in pakistan

You should get in touch with the british council website that has many options for the scholarships. These options are quite appropriate ideas to make sure about the best way out. You must get the details of a level scholarships in pakistan on educationuk.org/pakistan/

a level books in pakistan

These are some a level books in pakistan that filter your choices.

a level education in pakistan

It is the mandatory for all educational aspect to make the required approach as best as it requires. a level education in pakistan is appropriate way out to mention the different rules and regulations as compare to the BISE. Inter Board Committee of Chairmen (IBCC) is the monitoring authority in Pakistan.

After completing the course the examinations are being taken for the O-Level program. There are several methods of assessment which includes written, practical, Alternative to practical and oral as per prescribed conditions and policies. The grading system which is being allocated to the student appearing in exams is a six-point scale system station from “A*” till the “E”, where grade A* is the highest while the grade E is the lowest. It is the way forward to know about the A Level In Pakistan.

In a single calendar year a student can appear only times for their respective O-Level exams as per the conditions of British Council in Pakistan as well as in the entire world. The two sessions of examination takes place in May/June and October/November, although there are several courses which are being offered either in May/June or in Oct/Nov only. There are several ways through which a student can appear in the A-Levels examination, which are being illustrated below:

After the accomplishment of the A-Levels the students have the option and the opening to all the fields of higher education which is known as the bachelor level. The field is being selected on the basis of the courses which were being adopted in the A-Level or AS level. The fields may include Bachelors in Engineering, Bachelors in Business administration, Bachelors in medical study and even bachelors in Arts, Fashion designing as well as Medicine. If you want to get the best A Level In Pakistan then consider below schools in karachi and Lahore.