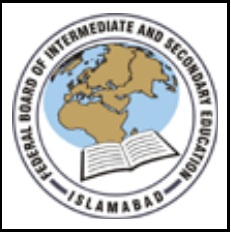 It is confirmed from the official website of Federal Board that the honorable Minister of Education and Training Sheikh Waqqas Akram will announce Annual result of HSSC-II 2012 on 7 August 2012 at 6:30 PM.

The Federal Board of Intermediate & Secondary Education (FBISE) Islamabad has started printing HSSC-II result 2012 in the form of gazette from now and they will officially announce Inter Part 2 result on 7th August 2012. Students you can find your result here, because as soon as result will be announced by the Federal Board will be updated here, you can also get your result on mobiles…

The Federal Board of Intermediate and Secondary Education (FBISE) Islamabad was established in accordance FBISE ACT 1975 as an autonomous body of Ministry of Education. He has the executive and financial powers to organize, regulate and control the development of intermediate and secondary education in general and conduct examinations in the institutions associated with it.

Following are the Jurisdiction under Federal Board:

To get your result before others and without any problem stay with us, because result will be updated here on this page of ilm.com.pk as soon as it will be announced by the Board…