Here you are reading uses and abuses of social media on personal life essay for students: Did you ever abuse someone on social media? Does someone abuse you ever whole being on social media? Does being abused by some unknown person show some of the effects on your personal life? Well, we all know that the 21st-century generation of boys and girls do choose to make the choice of social media on huge prospects.  They do consider it as the platform where they can show their richness and the ability to do something.  In short, they find it as the best way out where they can become famous instantly. These are lots of social media applications on mobile these days are invented which are an easy source of fame without going out of your home. That is the TikTok app which is these days has been a worldwide social media channel which has lots of impact on uses and abuses on personal life.

Social media is divided into so many platforms including YouTube, Facebook and much more. Each single of the platform has its own purpose. Such as you can take YouTube as one of the best social media platforms where you can easily embrace the use of video as being the communication media! Moreover, talking about Instagram, it would be the best platform as in order to offer you with the photos as the medium of communication. As we do talk about getting into interaction on a professional basis with the world and people, then opting LinkedIn and Facebook can be on the top of the chart. 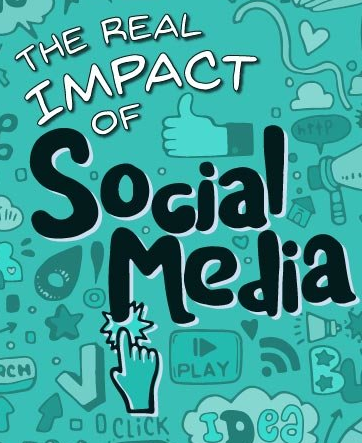 Although we do not overlook the fact that social media has been comprised of so many of the benefits. But at the same time when it is being used on the wrong perceptions, then the benefit of the social media hence fade out and disadvantage will come.  We have in the past years, listened to so many of the crime being coming over on the social media no matter it’s from Facebook, Twitter, online dating site, or any other. This crime is not a physical crime at all. This crime is about using abuse terms on the social media that is about the underage, showing pornography to the society, and other cybercrime that can threaten the law and humanity.

To sum up, with, we would say that social media has been bringing with much of the goods as compared to the harms itself.  This is just possible only when the people will get to know that they are using it in the right way. Social media users should not be having the age of less than 17. A strict check has to be paid by the side of the parents for checking the social media communication of your kids.

Who Was Liaquat Ali Khan Essay In English

God Helps Those Who Help Themselves Essay in English

Essay on Kashmir Problem And Its Solution in English

Development Of Education In Pakistan Essay

azy - Jun 23, 2018
5
Education is one of the important factors of a state who make it able to progress. The country’s success can be judged by literacy...

How To Improve Handwriting In English For Kids

Essay On My Country Pakistan Speech in English

Role Of IT In Education Sector In Pakistan