ETEA UET Peshawar Entry Test Result 2019 is available online to this page as ETEA UET Peshawar Entry Test is considered to be one of the most important and significant entry test in Pakistan; which carries immense weightage and credibility for which thousands and thousands of candidates appear annually for this respective test, In Peshawar the UET entry test which being conducted under the supervision and control of Educational testing and Evaluation Agency (ETEA) of the government of Khyber Pakhtunkhwa. The test was being held on the 07th July, 2019 which was on Sunday. There were numerous venues selected for the ETEA UET test all over the KPK Province amongst which Islamia Collegiate and Cricket Ground at University of Peshawar were appointed as the venue for Peshawar. Ayub Medical College was being selected for Abbottabad and in the same way Grassy Ground Saidu Sharif was being declared as the test venue for Swat.

In the entire province of Khyber Pakhtunkhwa there were almost fifteen thousand registered candidates which appeared in the UET entrance examination on the 07th July, 2019 throughout the province KPK including FATA, AJK and Gilgit Baltistan. The result for the ETEA UET Peshawar Entry Test Result 2019 will be declared and announced on 08th July, 2019 as per the scheduled plan of ETEA.

At the time of the Entry test there were several officials from Higher Education Commission and from the Educational testing and Evaluation Agency present at the venues amongst which the leading individuals included; Vice Chancellor Syed Imtiaz Hussain Gilani and Dr. Khalid Khan who was the Additional secretary Higher Education; both the individuals showed their complete satisfaction in the transparency and fair examination as well as were highly satisfied as far as the arrangement were concerned as they said while talking to the media that; “for the first time test was held at University of Peshawar at two places which has given candidates a much comfortable environment.” There were other senior members that included Mr. Abdur Rauf Jamil, Executive Director ETEA, Prof. Dr. Shad Muhammad, Director Academics, Khyber Medical University, Peshawar, Prof. Dr. Zahid Mahmood, and Dean Faculty of Engineering (UET), Prof. Iftikhar Ahmad, Registrar (UET), directly linked to UET, ETEA, HEC and local universities. ETEA UET Peshawar Entry Test Result 2019 will be available here as soon as the officials will declare it. 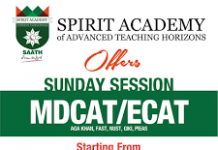 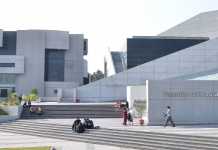 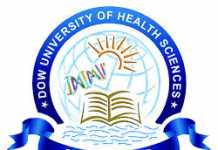