Women play a great role in the human progress and have an important place in the society. They are not at all inferior to the men. They are fully capable of sharing the responsibilities of the life shoulder to shoulder. Men and women have been rightly compared to the wheels of a carriage. In the early days of Islam, women work side by side with the men. In the battlefield they nursed the injured, kept up the supplies and even fought bravely. But in all such cases they are one thing that is certainly lacking in the women and that are the education sectors. All the women have the equal rights like the men then why they are falling behind in the education category? These are some answers will be there when you grasp enough information about Women Education In Pakistan. All the women in Pakistan should be educated at different levels. In the advanced countries like Japan, France, Britain and Germany women enjoy a very respectable position. This education standard gives the women a sole chance to make her life successful and better. There is no such field in Pakistan that does not open the gateway of success for the Pakistani women after completing the education. 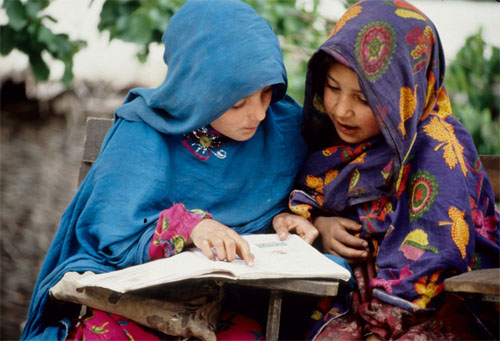 It is extremely unfortunate to listen that still there are many regions and Southern areas in Pakistan that are have fully banned the education of the women. In simple words, women are stopped in making their future and moving side to side with the men. These below given are some statistics relevant to Women Education In Pakistan

In the private sector there are maximum 2,744,303 schools that accompany almost 1,508,643 boys and 1,235,660 girls. This percentage survey surely shows the actual presenting conditions of the education that is maximum five percent less than the men. In the rural schools there is the amount of 66% boys in the schools and almost 62% are the girls. Although these are

These small teenage girls who would definitely be the bread earner of their families in future and would be a mother and a women one day they are less with such a decreased amount of girls in the schools. Not just the schools but the degree level colleges are much less filled with girls. It is therefore explained about the Women Education In Pakistan. Government of Pakistan has also passed the bill regarding the education stand of women and each year special funds are allocated for the education but still hopelessly no new measures are being taken by the Government.  Well it is undoubtedly a sad condition but if the women are supported in Pakistan in education sector then they will surely beat down every single competitor on international level.