You can gather complete information about the Azad Kashmir AJK Election Result 2021 Candidates List. General Election is going to held in Azad Kashmir while three major parties were a contribution that was PTI, PMLN, and PPP. Now people are seeking the result of all 45 districts where the election was organized by the election commission of Azad Kashmir. The election commission has declared the result and of all the districts. Further, the candidate’s list of PTI, PMLN, and PPP is listed below. This election important for the territory of Azad Kashmir because one party will make the government who will win the highest seats. Have a look down and take the Azad Kashmir AJK Election Result 2021 Candidates List.

A list of all the parties is mention on this page as well as those people who have won this election we have circles with green color below the table. 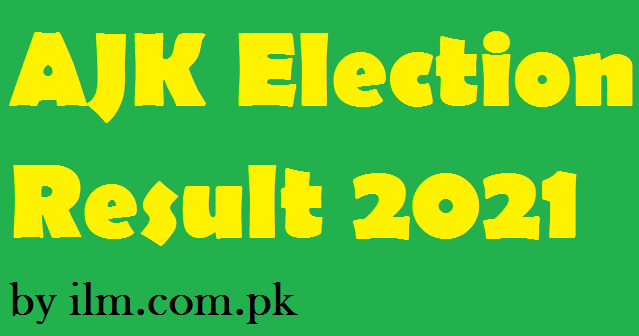 After a five-year election commission organizes the election and all the parties take part and then start the campaign. But just only one party won the highest seats as compared to other parties. So, that party who won the highest seats this part party makes the government. Same as it the government of PMLN has completed the five years and then election commission organize the general election on 25 July 2021. People are finding which candidates have taken how many votes. So all the information existing on this page for the guidance of the people. Further, when we receive new info about the Azad Kashmir AJK Election Result 2021 Candidates List then we will share it on this page.