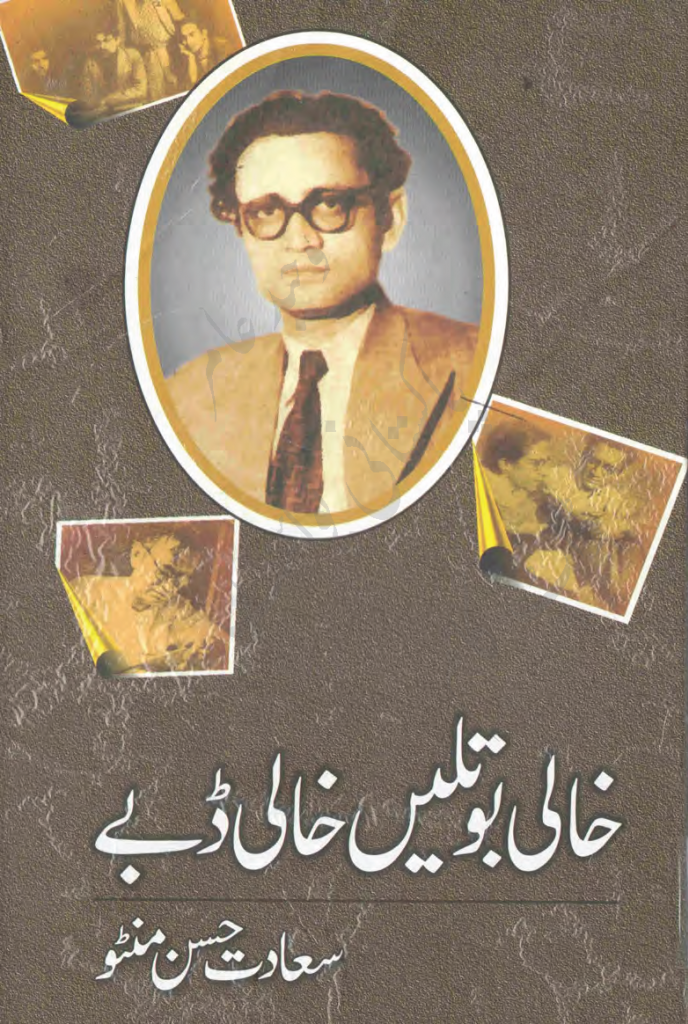 Toba Tek Singh is a short story/Afsana written by Saadat Hasan Manto in 1955, based on a powerful satire on the relationship between Pakistan and India. It follows the indictments of horrors taking place during the partition of Pakistan and India.

Bombay Stories is also one of the best collections of short stories written by Saadat Hasan Manto arriving in the 1930s at Bombay and discovered there is no city like Bombay. It is based on urban fiction.

It is a non-fiction short story that was firstly published in 1950 in a literary magazine. Manto was charged with obscenity in this story for trial in criminal court.

This is also one of the famous books of Saadat Hasan Manto based on those who caught up in the partition of Pakistan and India during 1947.

Bitter Fruit is one of the famous and frequently read books of Saadat Hasan. This is a collection of short stories based on the challenge of hypocrisy and the sham morality of civilized society.

Manto Ke Numa’indah Afsane is also one of the best collections of short stories and afsane. It was firstly published me 9144.

It is also a powerful sketch based on the partition of India and Pakistan in 1947 and the most tragic events in the history of the Indian Sub-continent.

Stars from another Sky:

This is one of the sole books writes by Manti on the Bollywood film history of 1940. Starts from another sky revive the unforgettable reminiscences regarding the glamorous Hindi film world of the 1940s.

My Name is Radha:

My Name is Radha is one of the famous books of Saadat Hasan Manto. He always tries to reveal the truth of human nature and condition.

Why I Write is one of the famous Essays written by Saadat Hasan Manto. This is one of the greatest raconteurs of the 20th century.