Are you searching for Wasi Shah poetry books name list? Well, when we mention the names of some of the famous and well-known poetry writers then we always add up the list with the name of Wasi Shah as well. He is counted as one of the reputable and leading well known Pakistani Urdu poet, dramatist, columnist, writer, and anchor in addition to the occasional actor. The poet put his very first step into the writing as being the own-scripted serial but then later he left this job just in the wish of pursuing the career of being a poetry writer. In his so far career, he has written many books and poems that are still fresh in the minds of people adding with Mujhay Sandal Kar Do, Mere Ho Kar Raho, Ankhain Bheeg Jati Hain, and Toota Hua Dil. In addition, he has even spread his magic in writing plays as well such as Babul, Thorhi Si Jaga Chaiye and Ek Tamanna Lahasil Si. For this play, he was even nominated as being the Best Writer Drama Serial at 1st Hum Awards. 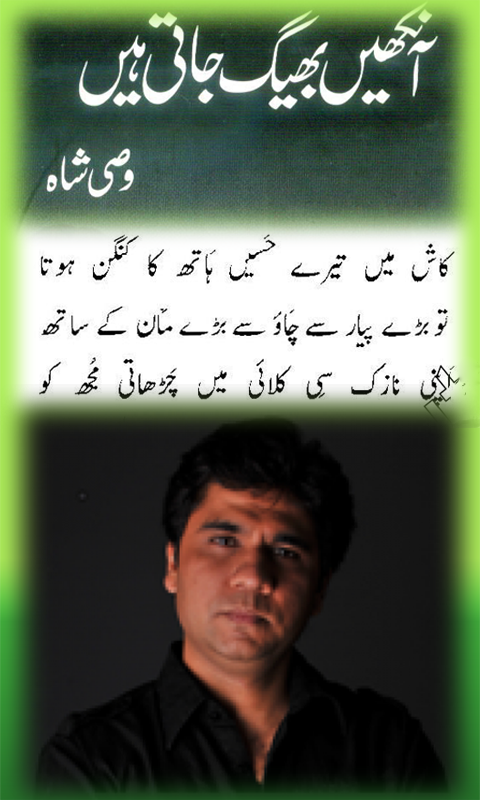 He was born and bought up in the place of Sargodha. He has a Punjabi dialect. He has a total of seven siblings. His father got expired because of a heart attack. He got married in the year 2001. He met his wife at the time he was shooting in Islamabad. He has four children.

The career of Wasi Shah:

Not just as being the writer and play scriptwriter he has even show out his skills as being the host as well. He hosted talk shows, Raat Gaye and 3 Idiots. He even appeared in wide ranges of talk shows, morning shows, and intellectual programs. He even worked as being the columnist in his so-far career for the daily Pakistani newspaper. He is still working for the newspaper Daily Aaj. In the year 2012, he was known out to be the safer Pakistan’s first digest magazine Urdu Digest.

So this was all in view about Wasi Shah and all of his personal and professional life! We hope that you would have loved out reading about your favorite poet and writer.