Leads Group Of Colleges has announced Intermediate Admission 2018 for FA, FSc, ICS, and I.Com. So far they have the highest growth is the last 4 years. Total 50 schools are under LEADS school system. They have campuses in Arifwala, Bhai Peru, Burewala, Ellah Abad, Bahawalnagar, Ghazi Road, Fort Abbas, Jaranwala, Lahore campus, Mianwali, Sialkot. As we all know that just a few days back, this matric result has been announced now and it is quite evident that all the passe matric students will now be getting admission in the colleges, they will now be admitting their selves in inter-study programs. If you want to get started with your Interline by opting any of the study programs like that FA, FSc, ICS, I.Com then make sure that you do become the part of Leads Group of Colleges. They have now opened up their admissions in 2018, they have now announced that their application forms are now available. All the passed students just have to submit these application forms along with their matric results then on the basis of students of marks, merit lists will be finalized by the Leads Group of Colleges. 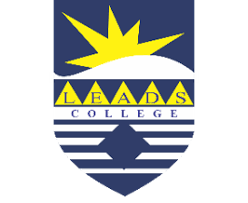 So, this was all about the Leads Group Of Colleges Intermediate Admission 2018 FA, FSc, ICS, I.Com. Just be the part of this reputable college, they have well reputable staff, they have professional academic staff. If you want to have more of the info about other colleges who have too opened up the Inter admissions then we will too keep on letting you know about them. Just stay tuned with us.