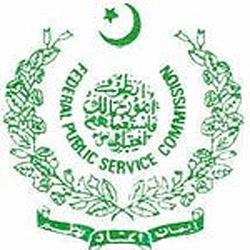 Federal Public Commission is the branch of Public Services Commission, which was established by the British colonial rule in Sub-continent in 1926. This Services commission was accepted by the government of Pakistan in 1947 after independence. The basic purpose of this commission is to promote fear and merit base selections for higher post in Pakistan. It is currently working under the article 242 of the constitution of Pakistan. The FPSC consists of a Chairman and the members of this commission. All the members and Chairman are appointed by the president of Islamic Republican of Pakistan. Only the Supreme Court of Pakistan has authority to change members and Chairman of Federal Public Services Commission.