10 Major Issues In Pakistan listed below. Problems are there to be solved by the Master Minds In any country. Pakistan is the developing country and having many problems since the development of this new states. Current Issues are here which is faced by Pakistan. As named below are the Major Issues which are most dangerous for the Pakistan for now and in future also.Most of the students, social practitioners and history concerned people remained in search of 10 major issues in Pakistan. These issues are common and may directly link to ideas for educational purpose. There are lots of people who want to know this information. As you all know that ilm.com.pk is providing information to the Pakistani society since long, Many comments, users of website motivate us to give an opinion about the 10 major Social issues in Pakistan. Issues explained here at this page are contemporary and found relevant with the material.

Rape is the serious social issue. Pakistani society does not want to explain it in public. It is the way which remains attach it towards the lowest level of social experiment. There are so many social issues, and these issues are relevant to the Pakistani society. Rape is one of the worst issues so far. It is growing non-recoverable issue of society.

The second big social issue is poverty with the fact that Pakistan has limited development in every era due to the regular problem faces. The economic resources although directly attached with the major economic issues of Pakistan but it is being categorized over there. The basic necessities are rights of people, but these necessities are not being observed under the economic situation of Pakistan. The people of Pakistan deprived of basic necessities including food, shelter, education and finally the medication. The report published on various fronts shows the 39 per cent of Pakistanis remains life in multidimensional poverty. The high rate of poverty prevailed in FATA and Baluchistan. In 2004 the national poverty rate was 55 per cent but now it drops till 39 per cent till 2015. It is the alarming situation for Pakistan to handle.

The list of 10 major issues in Pakistan includes the educational issue as well. The issue has been prevailing in the society for long. According to the 1981 census, the literacy rate is 45 per cent. It means about 55 per cent people are illiterate. The Family backgrounds, inflation, child labour, and poverty remain to attach to the Pakistani society. Therefore, illiteracy rate cannot improve in the near future unless or until the serious pragmatic step to counter it. Majority people in Pakistan remain to attach there without any technical know-how. The technical mindset of Pakistani society almost abolished. The country remained to adopt the new technology in reserve mode. 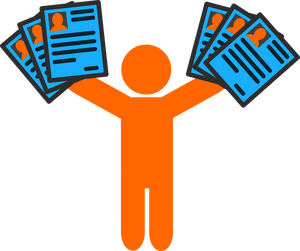 Electricity is the single issue that creates a link between society, economy and politics. Society is facing its direct impact, the economy is not strong enough to counter it, and finally, political aspect restricts to build a dam like Kalabagh dam. The public sector utilities are not being exercised according to the need of society. The energy crisis remains polarized because of the non-compliance policies of WAPDA. The seriousness of KESC for Karachi is also in front of society. The issue cannot resolve unless or until serious note thinking about the dam development.

It is highly destruction phenomena in recent a year which is fabricated as terrorism in Pakistan. In the whole world, the image of Pakistan is just like the terrorist state. It is the mindset spread so rapidly that no one in Pakistan was able to counter it. The religious leaders are not offering their full role in this aspect. The reaction of the military operations in Pakistan remains attached with the internal and external factor analysis.