Here we are going to discuss the Major Problems of Pakistan And Their Solutions which have to be sorted out in order to hold a steady position in the country’s rank. If we glance through history we find that the world has developed a lot in every field. When in-country, the size of pollution overcomes the size of available resources, then the country is called overpopulated. Pakistan is victimized by overpopulation which has been stopped its progression in every field. The total population of Pakistan was 3.25 crore in 1947 in former West Pakistan. It rose to 6.551 crores in 1972.  It has now crossed the figure of 15 crores in 2016. Now a day Pakistan has become the most populous country in the world. Well, there are many other problems of Pakistan like corruption, the use of hush money, and the bad sense of rich and poor. The rich are getting richer and the poor are getting poorer due to unequaled treatment in the community. So, have a look at some major problems of the country.

Major Problems of Pakistan And Their Solutions 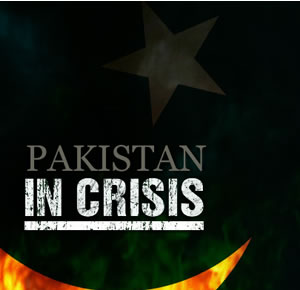 There are the following conditions to define overpopulation obstacle in Pakistan which we discussed below:

Overpopulation is a great danger for economic development as it swallows up the progress made by the economic sector. With the increase in population, there is low capital income in the country which badly affects the economy of the country. There per capita income of Pakistan is 479 dollars compared to 27000 dollars in Japan and 14000 dollars in Singapore

raise in the number of population generate unemployment. Yes of course! it is because whenever there are 10 vacancies are lying vacant, there are 100 applications are submitted on it. In this condition there are 90 candidates are left who don’t have a job. So unemployment also generates some other obstacles like below…

Corruption is one of the biggest problems in the country. Peoples are coercing to use the hush money when they have done a job. In this problem, our authorities are also somehow involved in it. Whenever someone is in crisis and he really needs a job to meet his family’s expenses he will do everything to obtain a job and in this case, the authorities demand black money to grant a job to them.

When a country becomes overpopulated then its rate of saving becomes very low, as a result of which there is low investment & unemployment in the country.  The rate of saving in Pakistan is only 15% which is very low overpopulation creates a great problem in the education sector because proper facilities are not available for the whole of the population.  Overpopulation also creates a housing problem because given. Resources are not sufficient to proved houses to the whole of the population.

Results on the Economy of Pakistan

Overpopulation also creates a problem of transportation because Govt. resources are not sufficient to provide better transport facilities to the whole of the population whine a country becomes overpopulated, there is a food shortage in the country because its resources are not sufficient to meet the needs of the people. Overpopulation creates air, water & noise pollution in the environment & in this way, badly affects the environment & in this way, badly affects the environment. When a country becomes overpopulated, then its rate of saving becomes very low as a result of which rate of investment also falls which in return, reduces the capital formation in the country. Our farmers are very poor & increased in population badly affects their financial position because of this, they are not in a position to buy modern technology & machinery or other agricultural implements.

When a country becomes overpopulated, then its rate of savings also becomes very low as a result of which there is low investment & unemployment in the country which badly affects the economy. Overpopulation can be controlled if most of the people are educated. Educated people can easily understand and feel the benefits of family planning.  It is, of course, the need of the hour to educate our masses. As overpopulation is swallowing up all the economic progress made by the country so the Govt. Pakistan is taking a keen interest in solve the Major Problems of Pakistan of overpopulation by educating the people & making effective use of its resources. Every year a large sum of money is spent on population planning programs to solve the problem of overpopulation.

All the Social problems of pakistan and their solutions have mentioned and those students who are preparing the CSS firstly will read content about these topics. Becasue many times these topics have come in exam.