KPK Police Jobs 2019 ETEA Constable Form Roll No Slips, Candidates list for Educational Testing and Evaluation Agency ETEA have been issued. The ETEA has issued these roll number slips for all those candidates who have been applied for jobs in KPK Police. So if you are among those candidates who have submitted their application forms and now prepared for ETEA Entry Test and now searching for the Roll Number slip for ETEA Entry Test then you are on the right page to get your roll number slip. This page is providing you all the information and instructions about your KPK Police Jobs 2019 ETEA Roll No Slip . You just need to read this entire article with full attention so that you can get your roll number slip on time and can safe from any miss guidance about this. Because if any candidate who fails or not appeared in this test will be rejected for this job. So if you want to get this job you have to first of all get your roll number slip and appear in the ETEA Entry test 2019 according to the date and timing mentioned in that ETEA Roll Number Slip.

Educational Testing and Evaluation Agency ETEA is an educational unit which was created in November, 1998. ETEA was established by the Government of Khyber Pakhtunkhawa KPK which is functioning under the rules restricted by the Board of Governors and Chief Minister of KPK. Vice Chairman of ETEA is the Minister of Higher Education and the Secretary of Higher Education in one of its members and this also performs as the Executive Director of ETEA

The Educational Testing and Evaluation Agency ETEA is responsible to undertake the entrance test for the engineering and medical institutes and entrance test for job in any of the governmental field in Khyber Pakhtunkhawa and purify the eligible candidates. Well this time the ETEA is going to conduct the Entrance test for the KPK Police Jobs 2019 ETEA Constable Form Roll No Slips, Candidates list

Khyber Pakhtunkhwa Police has announced the jobs for the constable for all over the province so that is why all those candidates who wanted to be a part of the KPK Police as a constable can easily Apply online for KPK Police ETEA Jobs 2019 Application Form from this page. For that you need to click on the link above in red text and then fill the form accordingly.

KPK Police Jobs 2019 ETEA Constable Form Roll No Slips and the Selected Candidates list will be available here as after the test conducted by the ETEA. And according to the officials report the last date for the submission of application form 28th March, 2019 and after this the Roll Number Slips for this ETEA Entrance Test will be issued. The ETEA Entry Test will be held in April, 2019 at Army Stadium Peshawar. So you are advised to complete the application procedure so that you can get your KPK Police ETEA Roll Number Slips 2019. 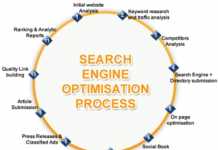