Do you know that what are the Winter Season Vegetables, Fruits, Crops, Flowers in Pakistan because Winter Season in Pakistan is very pleasant and every one enjoys this season. In our northern Areas there is also snow falling well here down is the complete list of the Vegetable, Fruits, Crops and Flowers which you may found in this season so have a complete look on this article.

Flowers are considered to be the main beauty of any season and when it comes to winters then we have a wide range of the flowers which are most suitable for being grown in the winters. It is defined way for Winter flowers In Pakistan. The main thing is the flowers of winter is that they are more beautiful and eye pleasing and at the same time they don’t require a lot of water input as they can grow in the places where the climate is cold and chilling while they can accommodate and survive in the water shortage areas as well. Such flower which grows in winters includes the following Winter Season Flowers In Pakistan;

So here is the complete lists of from Winter Season Vegetables till Winter Crops In Pakistan. 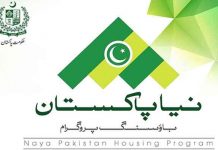